Introducing Boërl & Kroff, perhaps the best Champagne in the world

Boërl & Kroff is a very special Champagne. Investors and collectors from around the world haven’t missed to recognized it as such.

Here is the story of this rare, highly demanded, and hand-crafted jewel of a French sparkling wine…

A personal project around their love for Champagne

When French entrepreneurs Patrick Sabaté and Stéphane Sésé thought of getting involved with making Champagne wine in the mid-1990s, they initially saw it as a hobby, a side project.

Being successful businessman with a taste for fine wine, they simply wanted to make the best possible Champagne for themselves when they met Michel Drappier, “the magician of Urville”, an artist of a Champagne winemaker.

Drappier joined the venture, providing exceptional vineyards apt for making the finest Champagne, and his savoir-faire in this unprecedented attempt to craft the finest-ever bubbles.

To make Boërl & Kroff, the founders identified a vineyard with a unique History.

Fifty years ago, a special vintage Champagne was made for selected vineyards, especially for French President and hero of the French Resistance during World War II, Charles de Gaulle.

Three plots of approximately one hectare each, composed of old vines in the village of Urville, were used to craft a Champagne made from Pinot Noir as the dominant grape variety, followed by Chardonnay and Pinot Meunier.

Boërl & Kroff uses those same vineyards but pushes the grape selection further using only the equivalent of one hectare (2.5 acres), only picking and hand-selecting the very best grapes.

The best parcels of Pinot Noir are managed using biodynamic principles and horse drawn traction is used for plowing the rows.

Boërl & Kroff Champagne makes a point to preserve and embellish the vineyards throughout the year.

Winemaking uses ancient traditional techniques like gravity and slow fermentation with minimal use of sulfites to reveal and enhance the purity of the fruit’s expression.

The result is a Champagne with a rare quality. Like all great wines, Boërl & Kroff takes time to fully develop and reach its full maturity.

When first making Boërl & Kroff, winemaker Michel Drappier told founders Patrick Sabaté and Stéphane Sésé that the wine would need to be bottled in large Magnum bottles for greater elegance.

If the aim was to craft the best possible Champagne, he insisted the wine should be aged for at least 10 years before leaving the underground limestone cellar of Urville in Champagne.

That’s what they all three committed to do, investing whatever time was needed to give Boërl & Kroff an unprecedented finesse.

Being so refined, Boërl & Kroff takes time to reach its unmatched elegance.

A minimum of 10 to 15 years of ageing under the perfect conditions of Drappier’s underground cellar is required before the magnums can even be considered for release on the market.

Being a personal hobby, founders Sabaté and Sésé had the time to invest for an ideal craft. This time so few Champagne makers have or are willing to put into their Champagne.

But the wine wasn’t fully developed until 2009, while vintage 1996 reached its perfect potential to be disgorged in 2007, some 12 years after the first-ever harvest of Boërl & Kroff.

The resulting Champagne was so exceptional and critics from around the world were so enthusiastic about it, that Sabaté and Sésé decided to make it into a brand and share this nectar, releasing a few bottles every year.

Because Boërl & Kroff is only made in exceptional vintages the only current available vintages are 1998 and 2002.

Alti Wine Exchange offers a rare opportunity to invest into 50 magnums of vintage 2002, while only 800 of these flasks have ever been produced.

Learn more about 2002 Boërl & Kroff Champagne and our exclusive initial bottle offering (IBO) with the Boërl & Kroff IBO Memorandum. For more information on how to invest in it, click here. 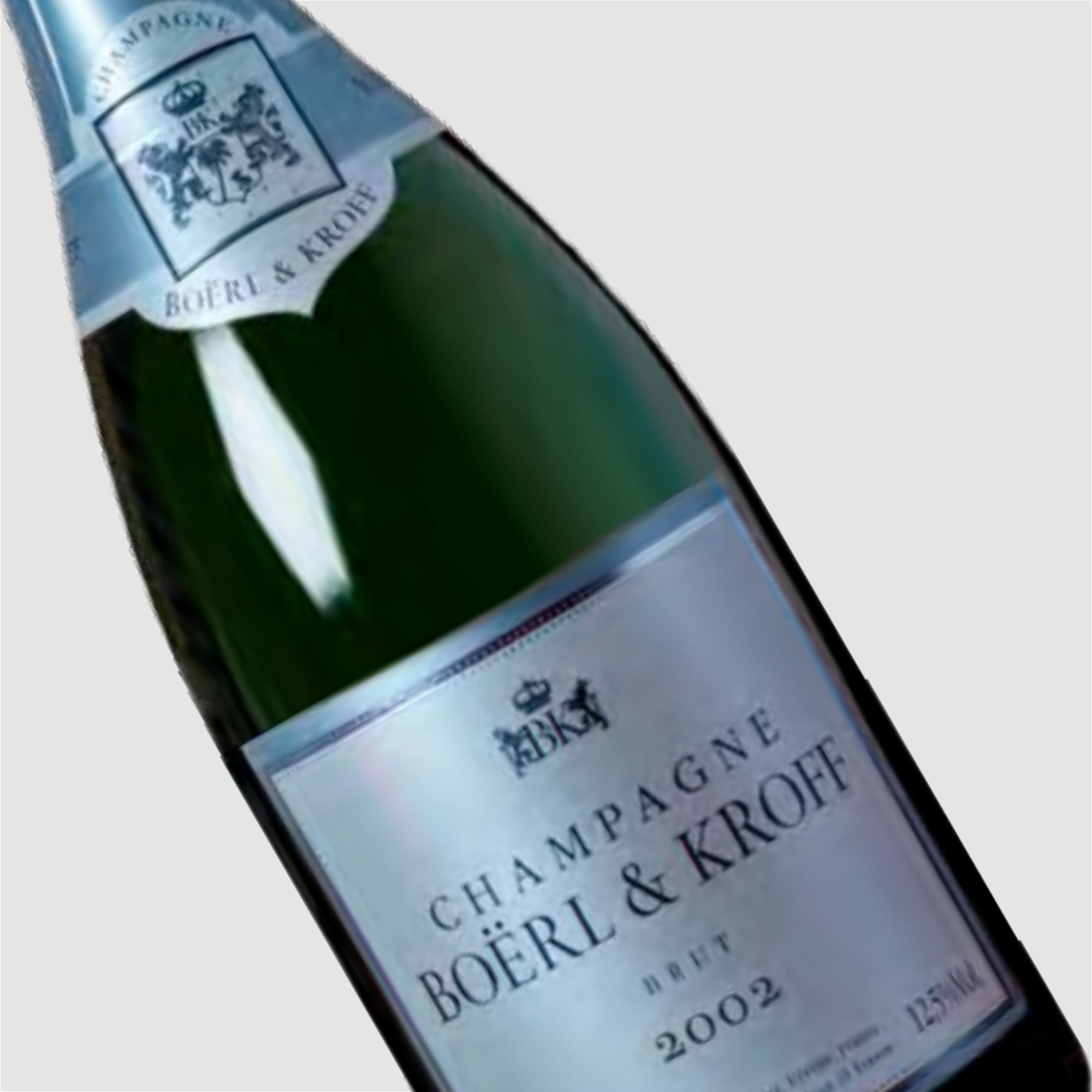 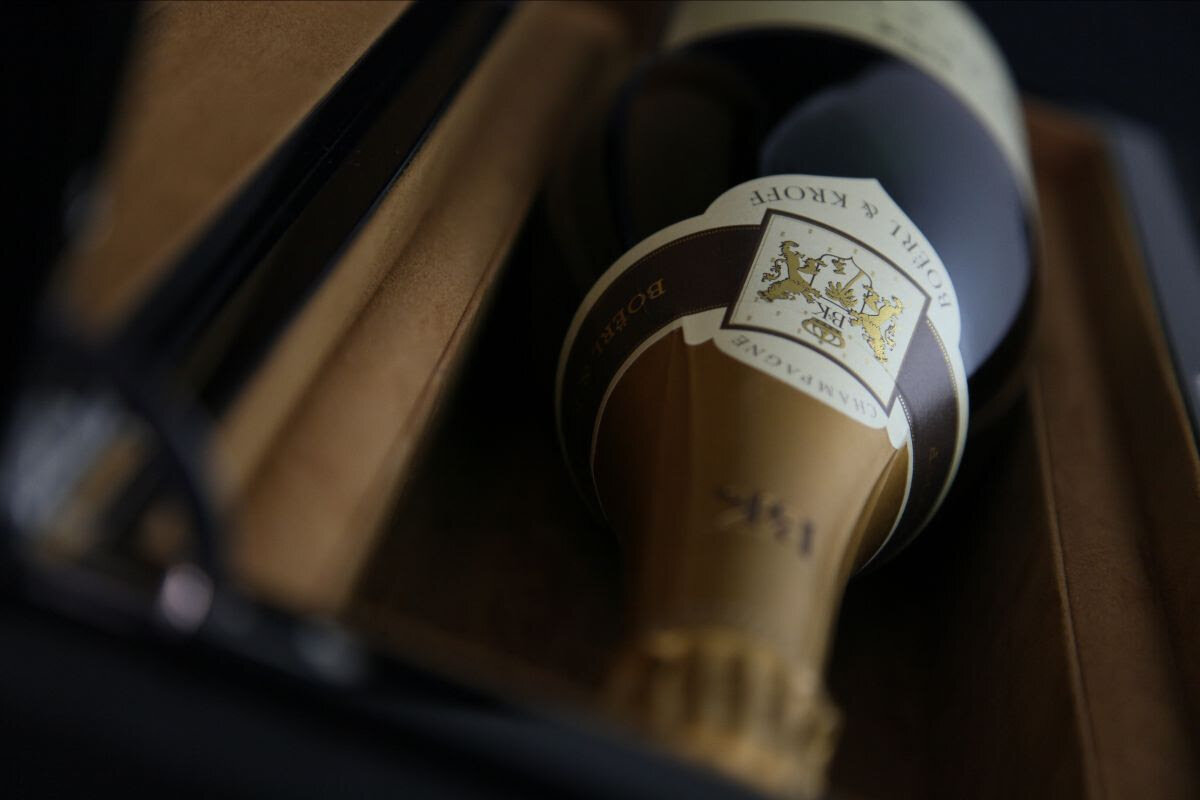 Fancy a bottle of exclusive Champagne?

READ AND WATCH: The Champagne series by Julien Miquel

A stunning tasting experience for an exclusive circle

Stéphane Sésé travels the world meeting with Boërl & Kroff customers. The demand for the Champagne is high, but very few can eventually get their hands on a bottle. Sésé himself doesn’t taste his own wine often. It is so rare.

When we tasted 2002 Boërl & Kroff Champagne together, his excitement was as intense as mine.

Watch in the video below our tasting experience, shared with historic brand Ambassador Marie von Ahm and how we all described the wine.

As for me, despite having tasted numerous exceptional Champagne wines in my career, I was highly impressed by Boërl & Kroff.

The striking feature of this Champagne is its perfect balance, the mark of great wines.

Rarely does a wine feel so aerial on your palate, while an immense complexity of flavors captivates your senses.

The generosity of ripe lemon fruity characters translates the origin of the exceptional Champagne terroir of the grapes.

It is obvious that time has infused a rare complexity and length in the beverage. Delicate sweet spices, tempting buttery brioche. Everything shines vibrantly as you taste, but nothing bothers, overwhelms or overpowers you senses.

Simply put. Boërl & Kroff Champagne is pure enjoyment. ‘Ecstasy’ I wrote down on my notes while tasting the wine…

While vintage 1998 is the current release of Boërl & Kroff, our exclusive IBO of vintage 2002 is a wine for the future, a wine that will develop positively and develop further depth for several decades to come.

The large format of the Magnum bottles are ideal for ageing wine, while the cork has been developed specifically by Boërl & Kroff to withstand at least 60 years of cellaring, given good conditions.