The Wine Classification System of Burgundy

Let’s explore together the wine wonders made in Burgundy, France.

Last week we delivered on our YouTube channel a general overview of Bourgogne as a wine region.

You can catch up on this through the video below:

Today we get into a little more detail, talking about how the different classification levels in Burgundy can help you understand the quality of what you’re buying and tasting.

Of course, you’ve all heard about Premier Cru and Grand Cru, even though there’s some confusion sometimes, because they don’t mean the same thing everywhere in France.

You probably also have in mind what is a village appellation, because it’s in the tittle, it’s a village and many are very famous, Meursault, Pommard, Vosne-Romanee for example.

But there’s also a concept that’s very important to understand Burgundy, and that’s the notion of Regional appellation.

Essentially, when it comes to the vineyards of Burgundy, they based the whole classification on the terroir, which can arguably be summed up as the quality of the soil.

Some villages and their surroundings have some fantastic but specific soil qualities that make them great to make wine.

The good vineyards around a great village are granted the name of the village. This is a village appellation.

But Burgundy is a relatively large region, and every village doesn’t have its own appellation because it’s a little less remarkable. In addition, some vineyards near a top village aren’t just as qualitative because they’re lower down the hill, closer to the river bed. Their soil is not as good for viticulture so they are not good enough to make a Meursault Chardonnay for example, even though they are technically near Meursault the village. Those vineyards however are good enough to make a good Bourgogne Blanc (white Burgundy).

These vineyards in less prestigious areas, on less excellent soils, fall into what is called a regional appellation.

Such regional AOPs (or AOCs) include:

Wines made under regional appellations can be blended from many vineyards. This is how some larger brands make a Bourgogne Pinot Noir for example. But a small producer that happens not to be near a prestigious village, but still makes excellent terroir-driven wines also falls into those.

Their lower ranking on paper is not an absolute reflection of a lower quality.

But of course, if a producer’s wine is made under a village appellation, the wine is generally going to be more expensive, and there is theoretically a better chance that it offers better quality from a better soil.

There are 44 village appellations including all of the prestigious and familiar names that we know, including Chablis, Meursault, Puligny and Chassagne Montrachet, Pommard, Vosne-Romanée, Gevrey-Chambertin, Nuits-Saint-Georges and 36 others. In future articles and videos we’ll get back to some of the differences between villages like between Meursault and Chablis for example.

These wines are made from vineyards around the corresponding villages. They are scarcer and more expensive.

Within these village areas though, some spots are even better and classified as Premier and Grand Crus.

Everything else is simply the name of the village as the appellation.

A Meursault wine, as an example of village wine, can be a blend of different vineyards around Meursault. But it can also be a single vineyard wine that is not classified as a Premier Cru.

Some producers may have identified single vineyards that make fantastic wines, but that are not Premier Crus, they are simply village wines. Yet the producer may choose to add the name of the vineyard or of the cuvee on the bottle. There can be different climats within a village too. 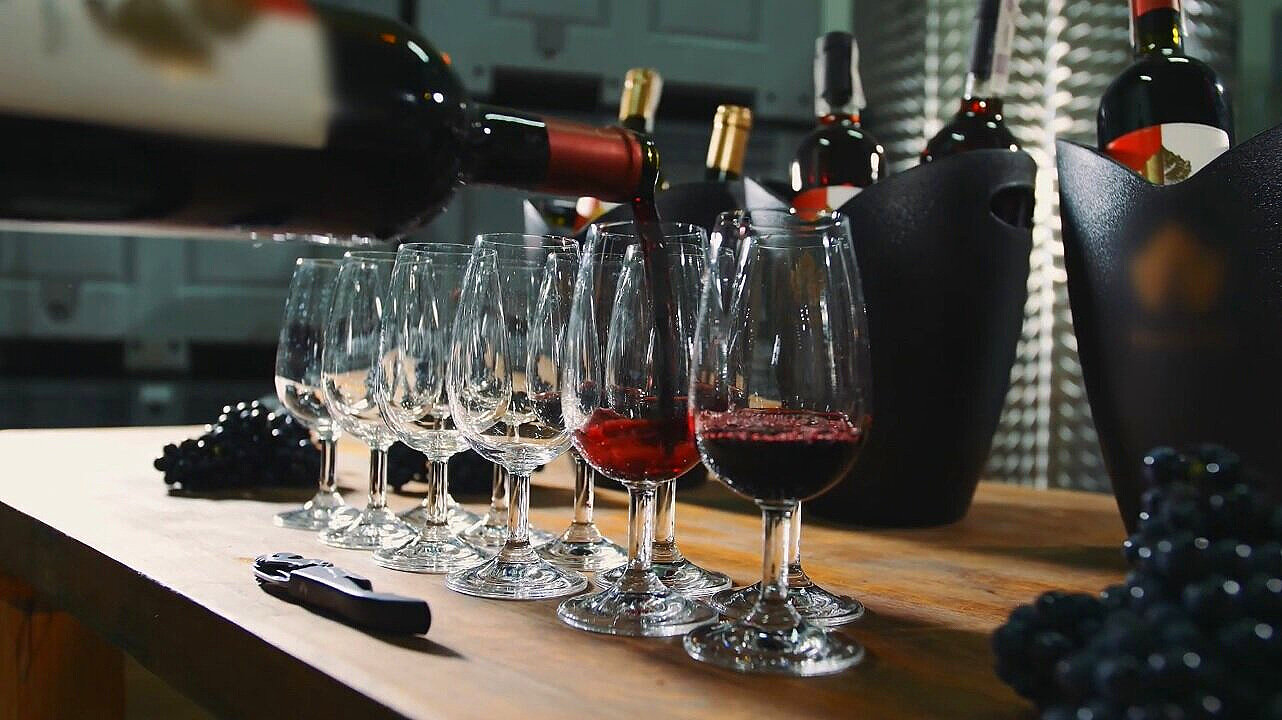 30 Apr 2021
A trip to Italy and its wines: a video series by Julien Miquel 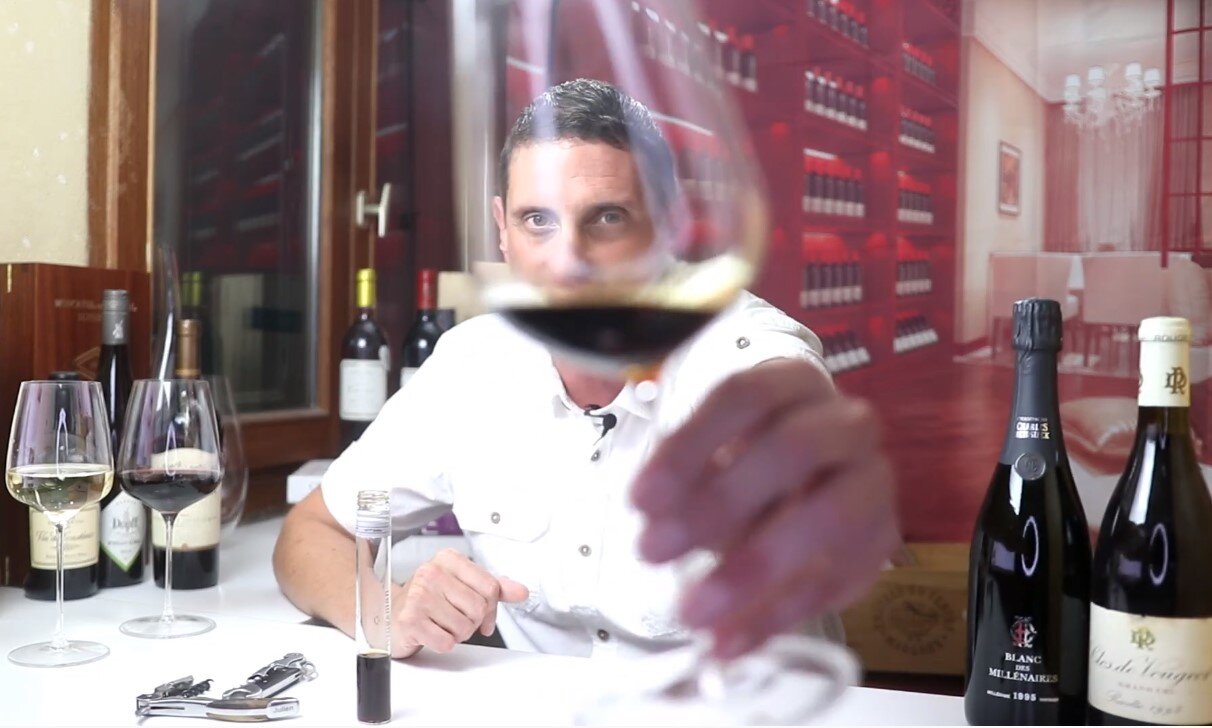 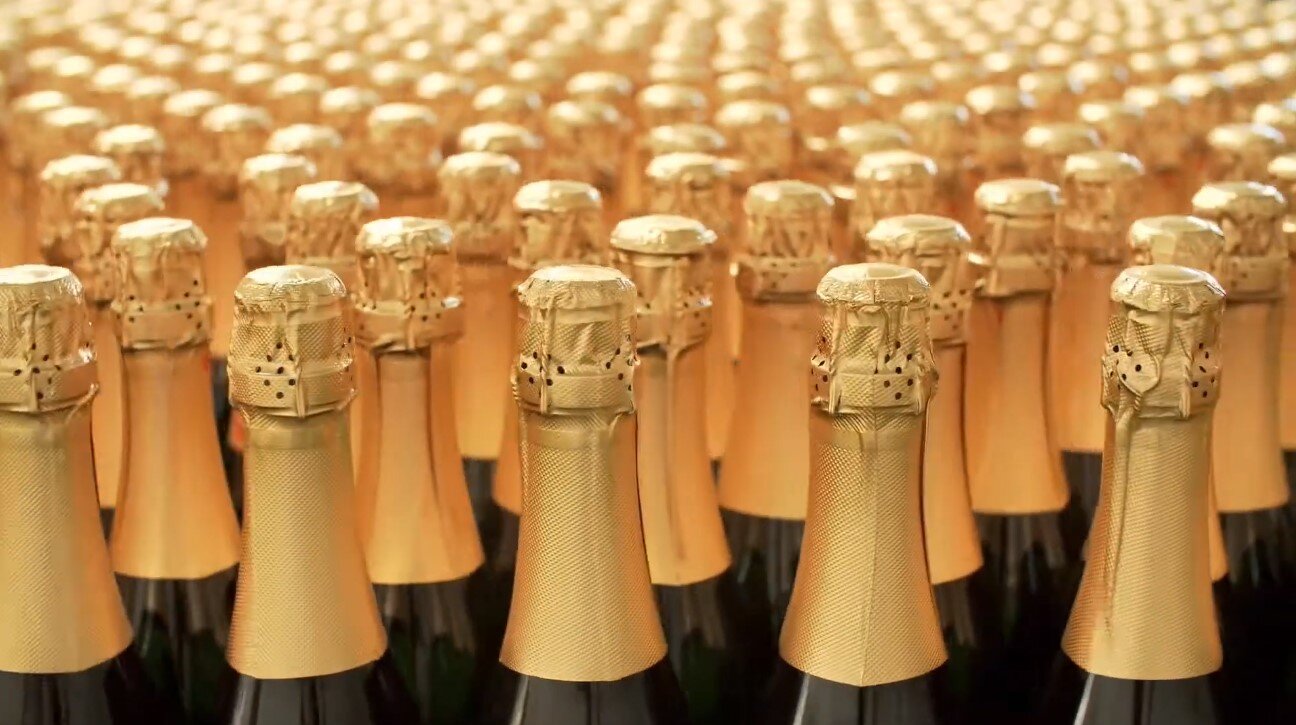 Generally, the best vineyards in the best villages have been classified as either Premier Cru, or Grand Cru.

All of the 44 villages that have their own village appellation do not all have Premier and/or Grand Cru vineyards.

Typically, the less famous villages of the Mâconnais for example, don’t have either any Premier nor Grand Crus. Many villages that are excellent, only have Premier Crus but no Grand Crus because they don’t have the top of the top, the crème de la crème vineyards, like Mercurey, Givry, Ruly, Pommard, Savigny-Les-Beaune or even Meursault.

Only 12 villages have Grand Crus vineyards including of course Vosne-Romanée, Gevrey-Chambertin, Vougeot, Aloxe-Corton, Puligny and Chassagne-Montrachet.

In total, there are 33 designated Grand Crus in Burgundy.

We will talk into more details about the Grand Crus wines in an upcoming article of our Burgundy wine series, so make sure to stay tuned… 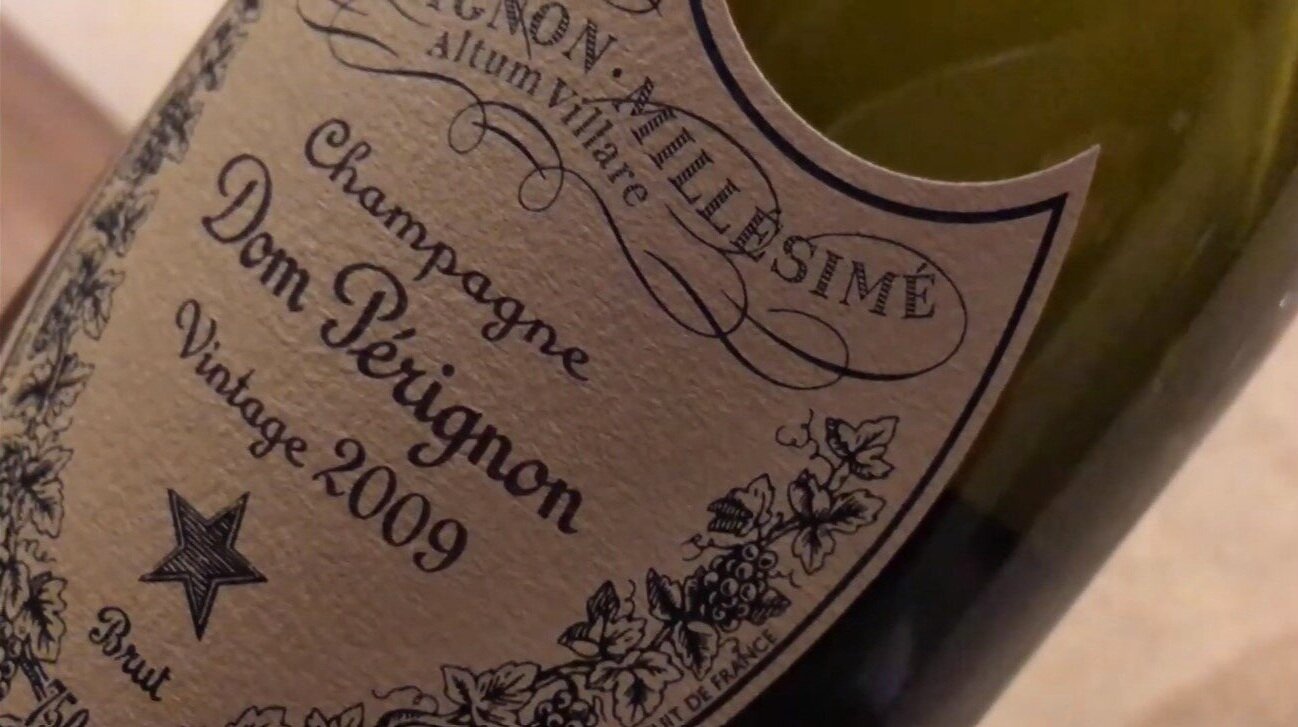 Meet the Champagne makers’ flagship wines. From Dom Pérignon to Cristal to Ace of Spades and more, Julien Miquel explores the top of the crop bubblies 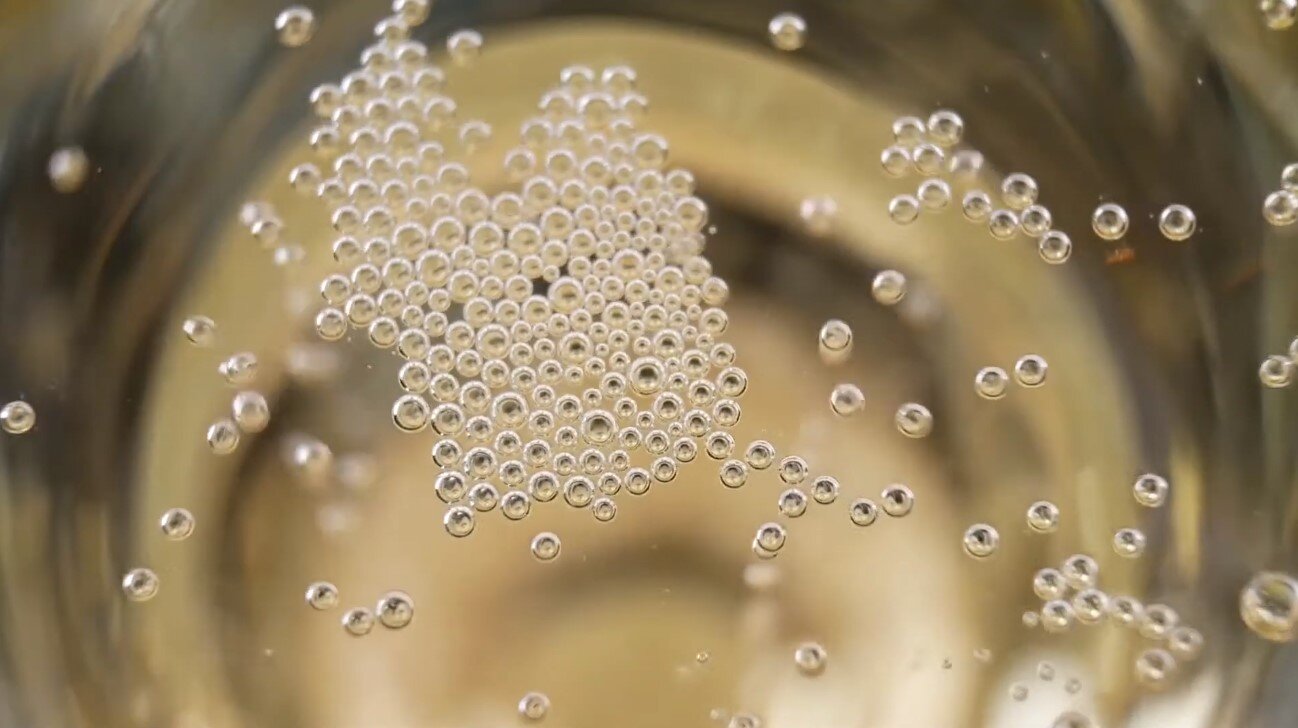 5 Aug 2020
Sweetness levels of Champagne: why and how they matter

Why are most Champagnes ‘Brut’? What does this sugar do? Extra-Brut, Zero Dosage, Demi-sec? Julien Miquel explores the sweet in the world’s most famous bubblies 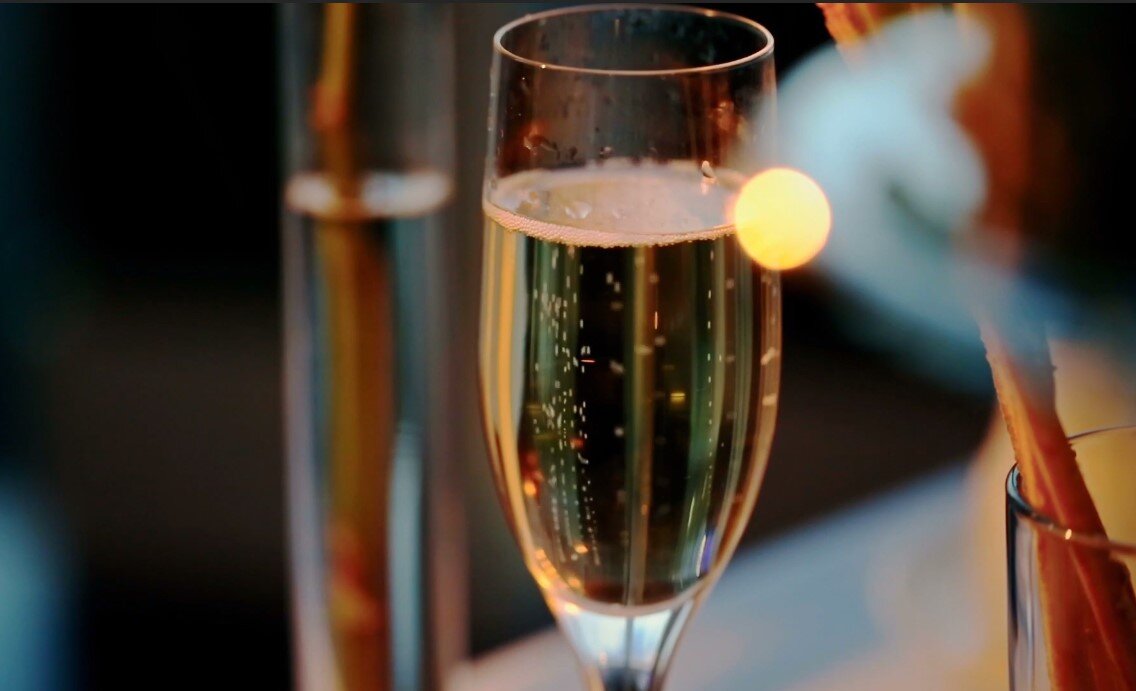 3 Jul 2020
The 7 grapes of Champagne: How the world’s finest sparkling wines are crafted

From Chardonnay to Pinot Noir, blending red and white grapes is a trait of the French region that makes some of the most celebrated white wines in the world

From Romanée-Conti to Montrachet and many more, these some of the most illustrious and unmissable names in this French wine region 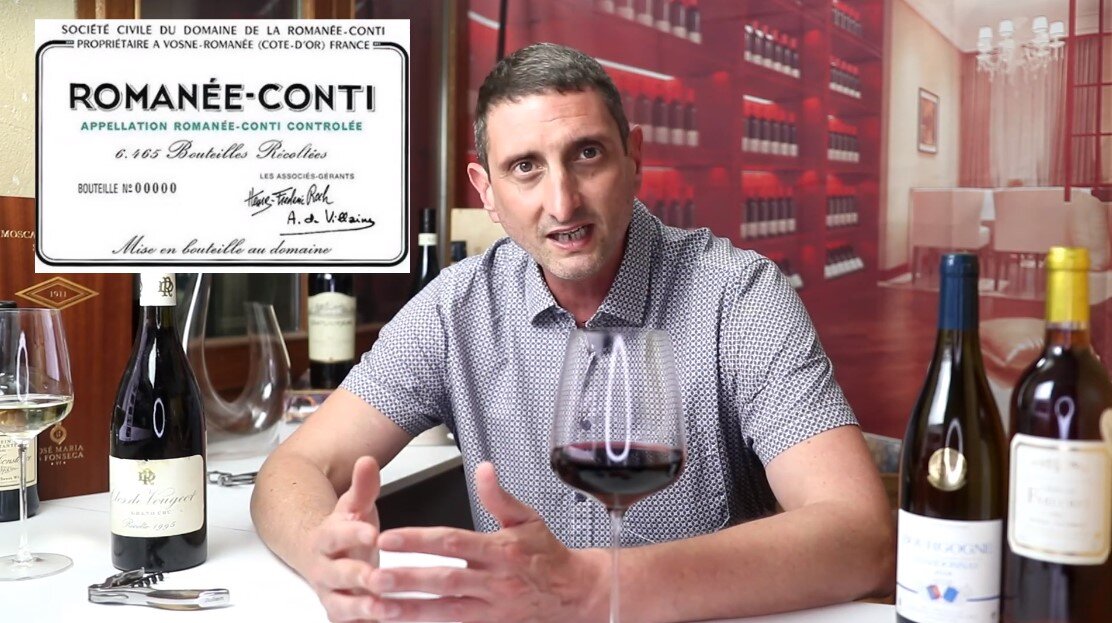 From Vosne-Romanée to Pommard, Gevrey-Chambertin and more, Julien Miquel overviews the birthplace of the famous thin-skinned grape 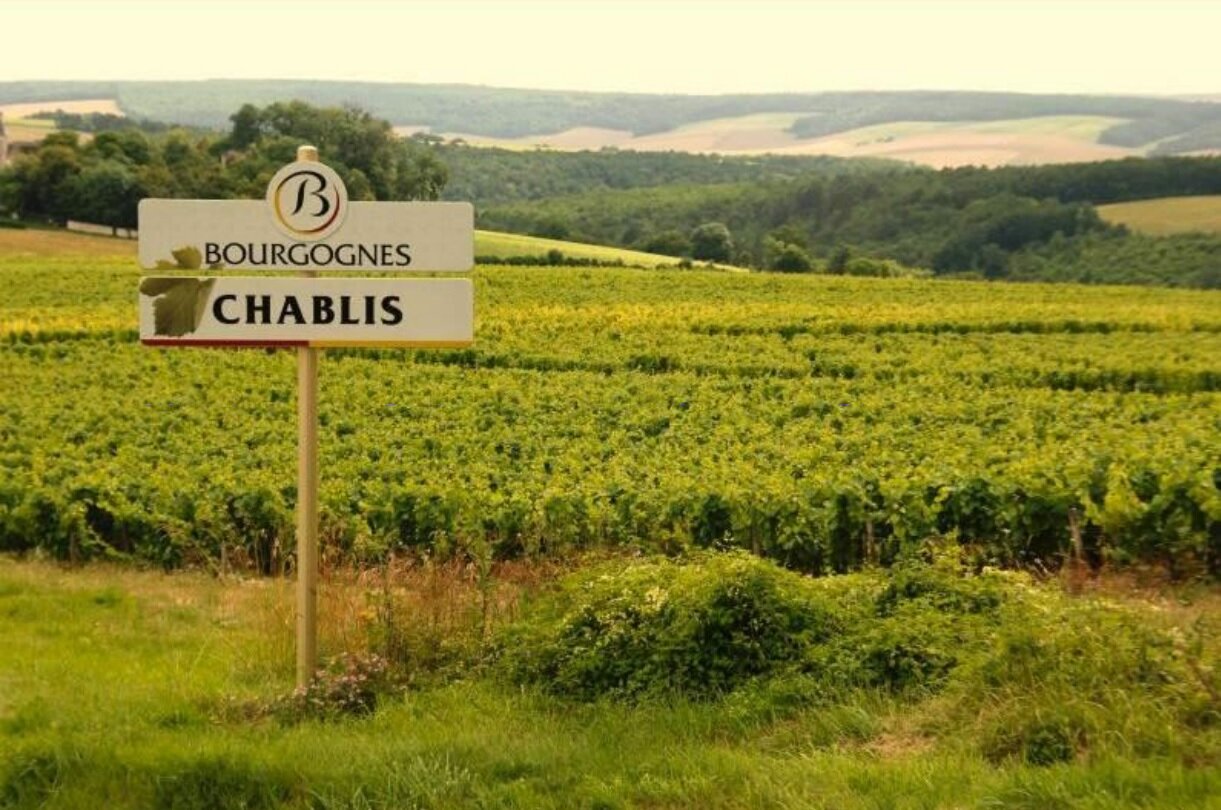 15 May 2020
The fine Chardonnay wines from Burgundy: an overview of Chablis, Puligny, Chassagne-Montrachet, and Meursault 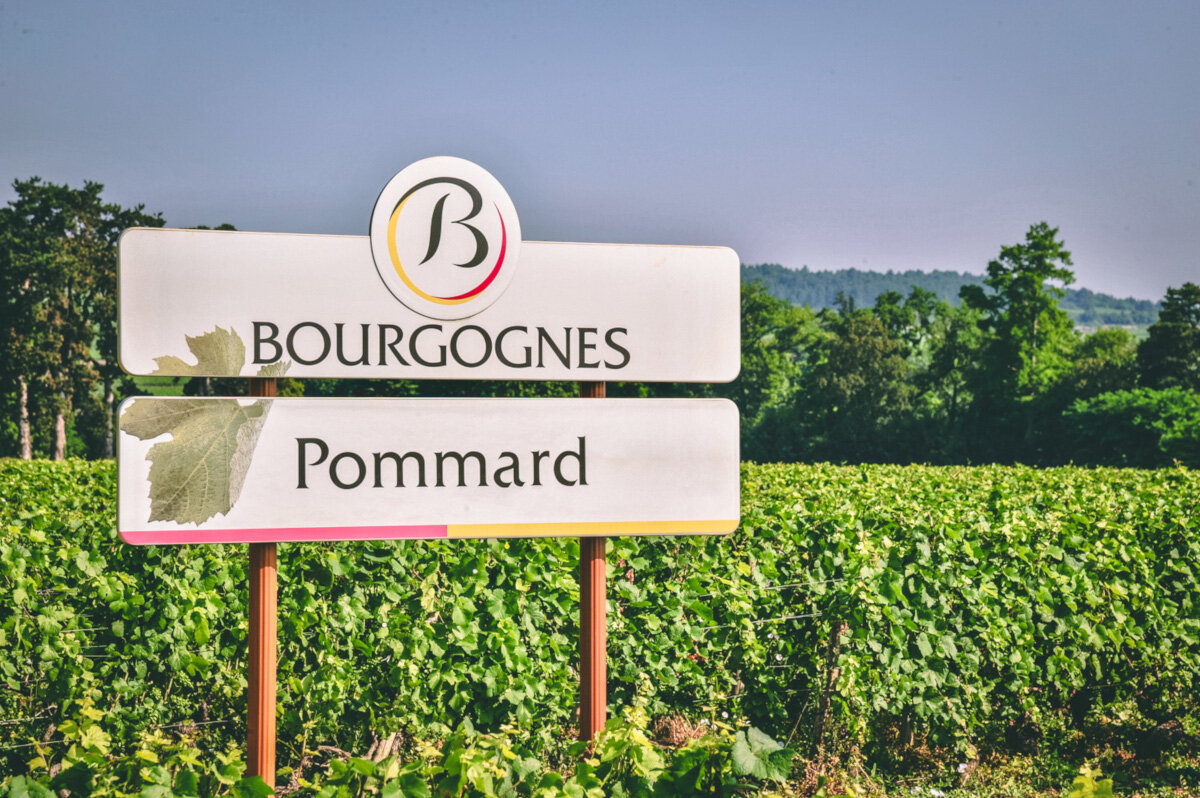 8 May 2020
The Wine Classification System of Burgundy 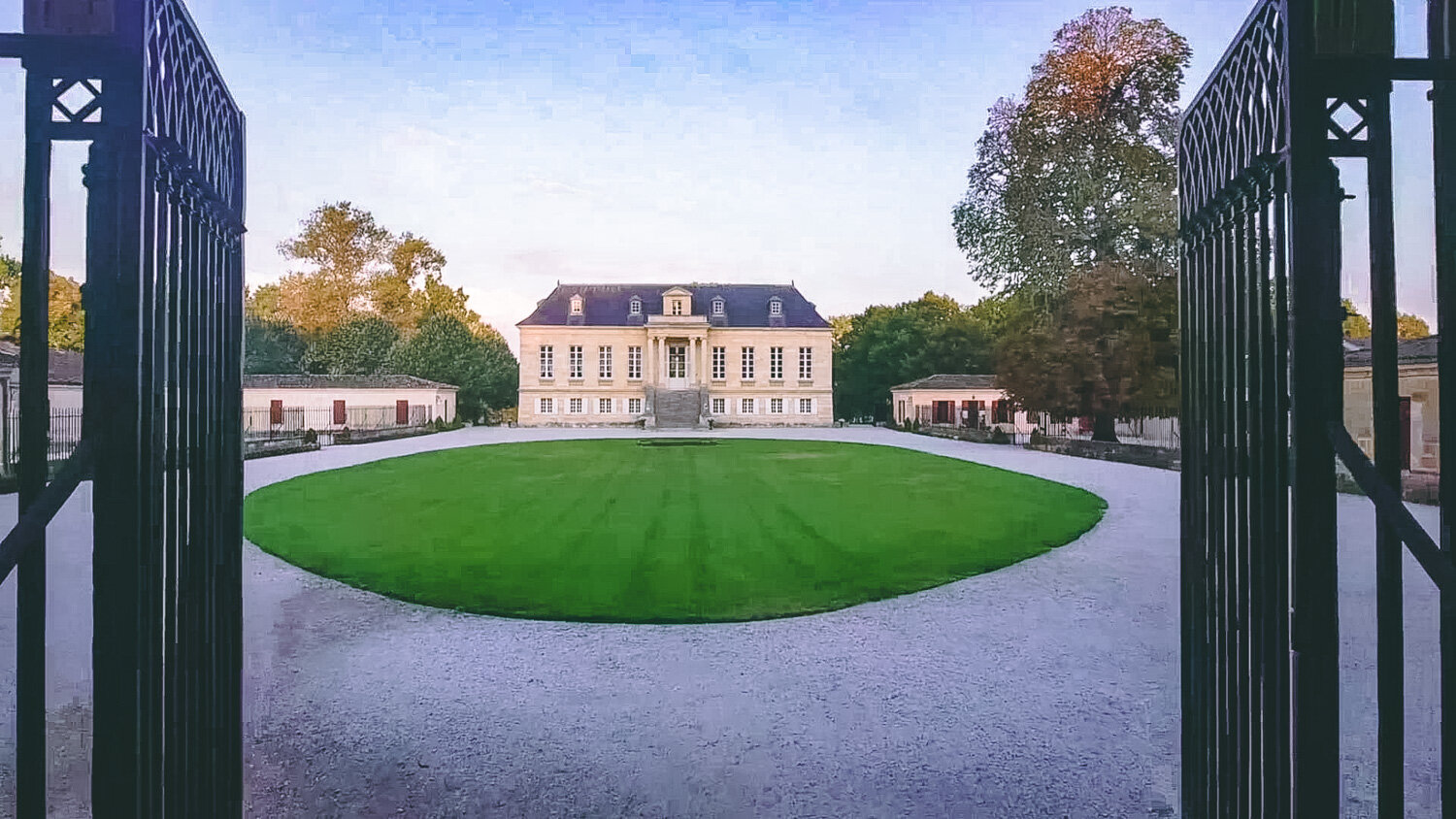 Julien Miquel investigates areas and wines from Bordeaux that may not be as obvious, but that are just as important 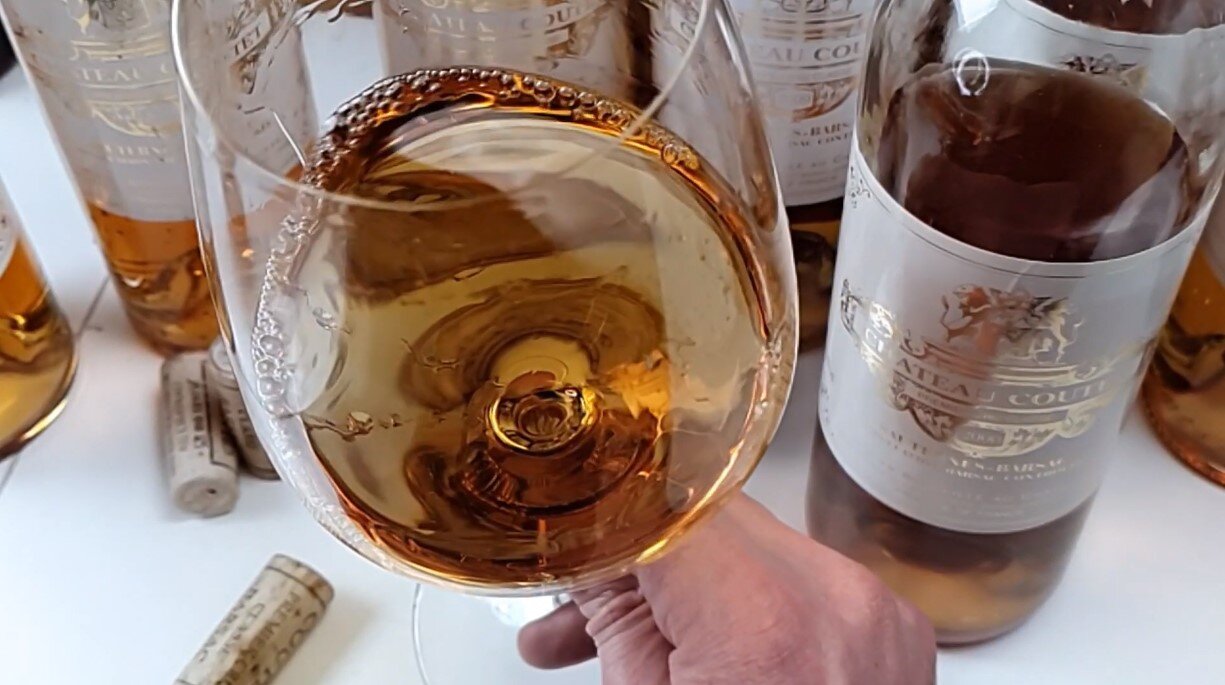 Bordeaux is not only about prestigious Cabernet Sauvignon and Merlot reds. Meet its extraordinary sweet wines 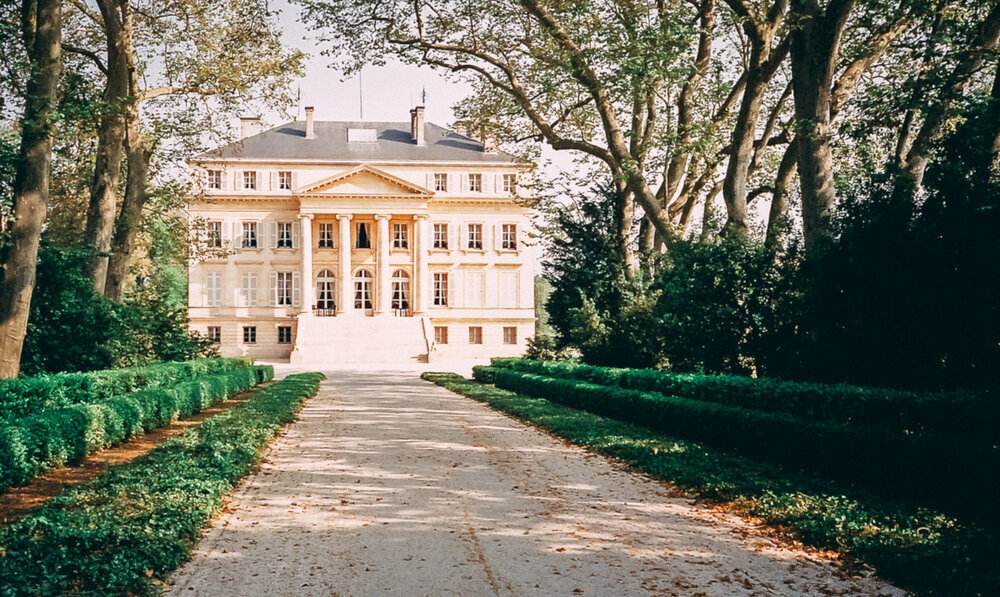 What you need to know about the wines from the Bordeaux left bank, the famous chateaus of the 1855 Classification and more 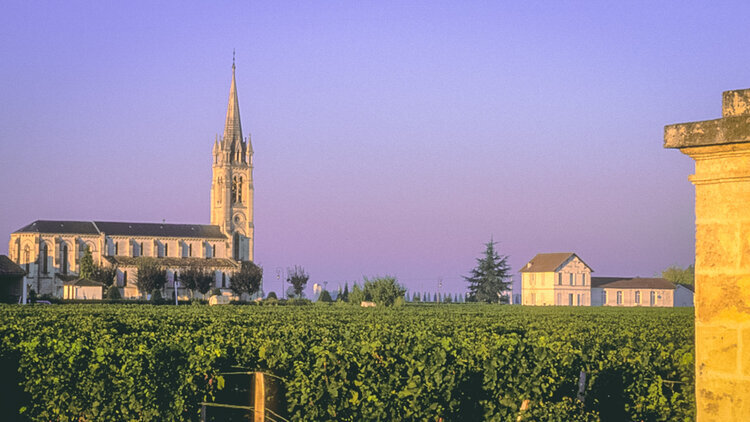