If you’ve been following us or investing with Alti Wine Exchange for the past year, you may have realized how much enthusiastic we are about anything Portugal-related.

After all, Portuguese wine is a world of wonders that grew relatively unknown when compared to other top winemaking countries, and still has much to be explored.

That is also why we have launched and listed vintages and special editions of some of Portugal’s finest producers.

The thing about Portuguese wine…

Even though one can immediately think of fortifieds such as Port, Madeira or Moscatel, or maybe the Douro reds or the cheap and delicious Vinho verde, Portuguese wine is still far too overlooked. Especially when compared to other European countries, such as neighbouring Spain.

It is actually much more than that. It carries a rich history, with unique traits and traditions that should inspire winemakers from all over the world to inspire and refine their crafting.

Thankfully, notable oenologists and also companies whom we’ve collaborated with – such as José Maria da Fonseca and Quinta do Vallado – work tirelessly to promote Portuguese wine. The goal is to give it a due place where it deserves: the top spots.

New work on the way

Out of the latest among these noble efforts comes a crowdfunded book. Claiming a shortage of worldwide-reaching works that explore the many depths of Portuguese wine, authors Simon J Woolf & Ryan Opaz make a visual and narrative dive into it in Foot Trodden – Portugal & the wines that time forgot, to be launched independently thanks to a Kickstarter campaign. 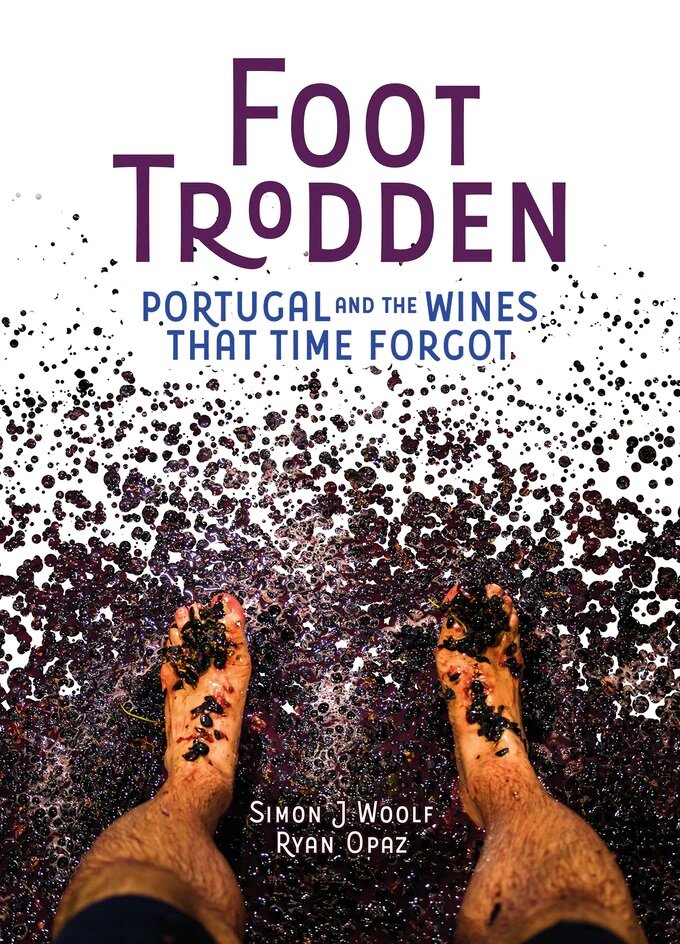 Woolf (an Amsterdam-based and Portuguese-enthusiast journalist and writer) and Opaz (a Porto-based long-time expert in Portuguese food and wine) had also kickstarted Amber Revolution – How the world learned to love orange wine. Now they have been “obsessively researching Portugal’s artisan wine traditions for three years”, they explain in their recently launched campaign page.

“Along the way, we’ve learnt a huge amount from listening to people’s stories, tasting their wines and walking their vineyards.”

The authors say they are digging deep into “unearthed ancient traditions and winemaking methods (like foot treading) that look like they came from the last century” — as well as the work of younger winemakers “who are taking this rich heritage and making it uniquely their own”. All of that comes with loads of photographs taken by Opaz.

Despite the limitations imposed by the pandemic, they plan to include stories on lesser known winemaking regions, which nevertheless produce world-class wines, like Bairrada and the island of Madeira – and a podcast too.

As the campaign enters its final stage (as of March 5th, with less than two weeks to go), more than 400 backers had already pledged around four times the book’s crowdfunding goal.

They expect to have it launched by September.

Good luck to the authors! We’ll be sure to get ourselves a copy.

In the meantime, what we can suggest is: step up and grab yourself a bottle of any of our Portuguese daydream fine wines, either for investment or to sip what’s finest.